There is, however, one important difference between climate change in the last thousand years and climate change as we know it now. That is because the earth’s current warming trend is very likely being caused by human activity instead of natural phenomena such as volcanic eruptions or change in solar activity.

One striking fact that supports this claim is that carbon dioxide levels have not been this high for many centuries (see above graph). Moreover, the evidence that indicates climate change is quite compelling:

The rising average temperature of the planet as we have experienced it in the last decades can be referred to as global warming.

The World’s industrial revolution can be marked as a major turning point in the relationship between humans and the environment. It started when machinery began to replace human labour and an increase in production capacity and technological development severely affected our needs regarding food, medicines, clothing, housing and home appliances.

In order to fulfil this needs, more factories, machinery and transportation means were required. This has led to a significant increase the use of fossil fuels in the last decades, and consequently, an increase in greenhouse gas emissions, such as carbon dioxide (CO2), methane (CH4) and Nitrogen dioxide (N2O), into the atmosphere. 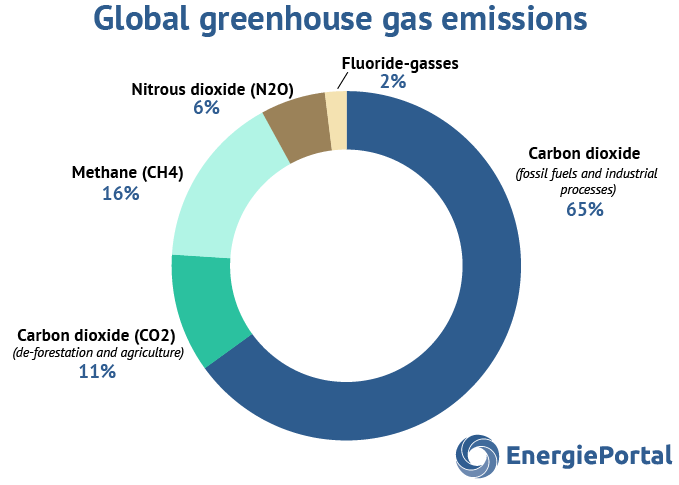 Sunlight that passes through the atmosphere warms the earth’s surface and then radiates back into space. However, due to the presence of greenhouse gasses in the atmosphere a part of the outgoing heat is trapped and re-emitted in all directions. This so called natural ‘greenhouse effect’ balances the average temperature on earth. Without greenhouse gasses, the earth’s temperature would be too low to sustain life as we know it.

However, a rapid increase of greenhouse gasses, caused by industrial activities in the last decades, has now intensified the natural greenhouse effect which has already led to rising global temperatures.

In general, 97 percent of climate scientists agree that past century global warming trends are very likely caused by human activity. In addition, 1.300 scientists from the Intergovernmental Panel on Climate Change (IPCC), a leading scientific organization of the United Nations, conclude that there is a more than 90 percent probability that human activity over the past 50 years has resulted in a warmer planet. 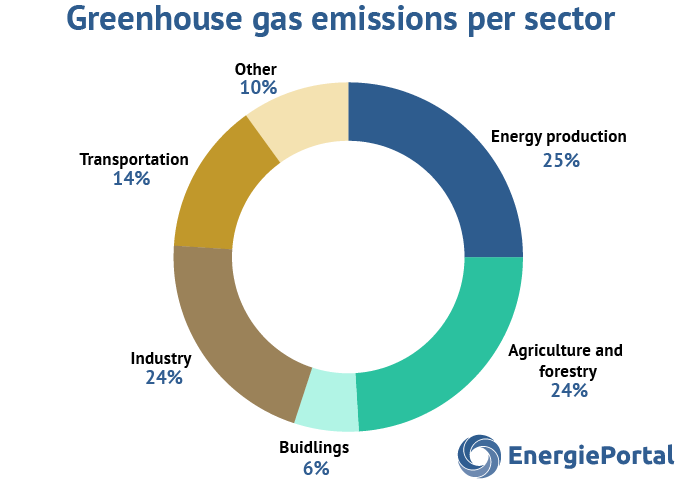 The atmosphere as we know it contains over 43 percent more carbon dioxide than 100 years ago.

Moreover, changes in global climate will continue through the course of this century, depending on the amount of heat-trapping gasses in the atmosphere that are released when we burn fossil fuels.

An important consequence of global warming are the melting glaciers and ice sheets around the world, especially around the poles. Winters are shorter and snowfall is diminishing while persistently higher temperatures in the summer have led to melting of glaciers and polar ice caps.

Another process that contributes to rising sea levels is the thermal expansion of ocean water: water expands when it heats up. As the global temperature increases so will the ocean water, which will then take up more space resulting in higher sea levels.

The earth’s global sea level has risen about 17 centimetres in the last century. It is estimated that average sea levels will have risen between 25 and 80 centimeters around the year 2100.

When the sea level rises rapidly, the probability of floods escalate, especially in coastal regions and river deltas of third world countries. These countries often don’t have financial means nor adequate knowledge to adequately limit flood probability. Regions previously found to be safe from floods are now classified as regions threatened by floods.

The change in climate also affects factors associated with drought. Higher temperatures, for example, have resulted in drier periods, heat waves and even droughts, forest fires and deserts. This will in turn lead to water and food shortages due to a decrease in agricultural productivity. Moreover, the biodiversity on land, in the air and on water will mostly be adversely affected by rising temperatures and droughts.

Droughts introduce a substantial issue for poorer countries, especially in Africa and around the equator where agricultural productivity goes down. This will result in both food and water shortages.

Due to global warming, the amount of extreme weather events has been increasing. A rise in ocean evaporation into the atmosphere creates conditions which favor periods of heavy or even extreme amounts of rainfall, snowfall and storms. Some facts:

The main solution in fighting global warming seems simple: decrease greenhouse gas emissions. However, the question is: how can we lower greenhouse emissions enough to effectively and substantially tackle global warming and its effects on the environment?

Many countries around the world are upping their game in finding solutions to minimize the global increase in temperature and sea levels. During the Paris climate summit in 2015, around 195 countries have signed a treaty with the goal of minimizing warming of the earth below 2 degrees Celsius.

What you can do

We can all do something to help fight global warming. The goal is quite simple: reduce the use of fossil fuels. Here are five easy and effective ways you can make a difference:

Talking to your friends, family and decision makers will help to raise awareness about global climate change. Send a clear message that you care about our world and encourage yourself and others in making smart choices regarding the environment.

One of the best options in fighting global warming is to invest in renewable energy, such as solar energy, wind energy or hydro-power. You can do this by backing sustainable energy projects or by modifying your house so it can generate green power, for example, using solar panels.  This not only lowers CO2 emissions but will also, overtime, be financially beneficial for your energy bill.

If you become more efficient with energy you will lower your carbon footprint. To achieve this, you can think about buying appliances and products that are more energy-efficient or even carbon neutral:

By choosing a utility company that generates renewable energy, you indirectly help the growth of renewable energy in the world. Moreover, you will reduce your carbon footprint

The sources below offer more information on climate change and global warming.

NASA Is responsible for extensive climate research and observation. Their website features articles about the evidence, causes and effects of climate change.

Visually shows the effects of global warming around the world.

Do you find this information useful?